Have you given today? Your gift can go a long way to help girls like Aashi who was RESCUED before she was TRAFFICKED. 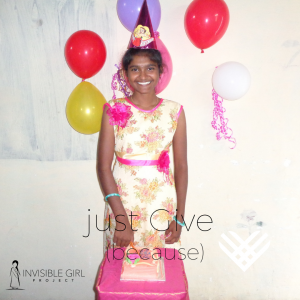 Can you imagine if no one ever celebrated your birthday?
Aashi’s* mother died when she was young, and her father quickly remarried. They were extremely poor and forced Aashi to work from the time she was little.
When she was 10, her step-mother decided to marry Aashi off to a 28-year-old man. She was beaten and threatened by her step-mother into submission. In fear and with nowhere else to go, Aashi ran away from home.
But, because of YOUR gifts on #GivingTuesday last year, IGP was able to expand our work into the area where Aashi is from (where many girls are vulnerable to trafficking). Our professional social workers found Aashi and recognized her vulnerable situation. Before she was trafficked into a brothel or sold into marriage, our social workers rescued Aashi and placed in our Child Sponsorship Program.
Aashi is now is protected and thriving in every aspect of her life: Aashi is receiving an education; she lives in a safe home; she has self-confidence; and, she is preparing for her future. IGP tells Aashi that she is special and important. And, we celebrated Aashi’s birthday for the first time in her life. She tasted her first birthday cake and opened the first birthday gift she has ever received (see her dress above).
Thank you for making it possible for IGP to rescue girls like Aashi and teach them that their lives are valuable.
Thank you for Seeing the Invisible Girl today!
#humantrafficking #endgendercide #femalegendercide #trafficking #GivingTuesday

Nagamani* and Perumal wanted to marry each other desperately. But they were from different castes, and Nagamani’s family could also not afford the dowry demanded by Perumal’s parents. Ignoring the societal traditions that would keep them apart, they married in a secret ceremony. 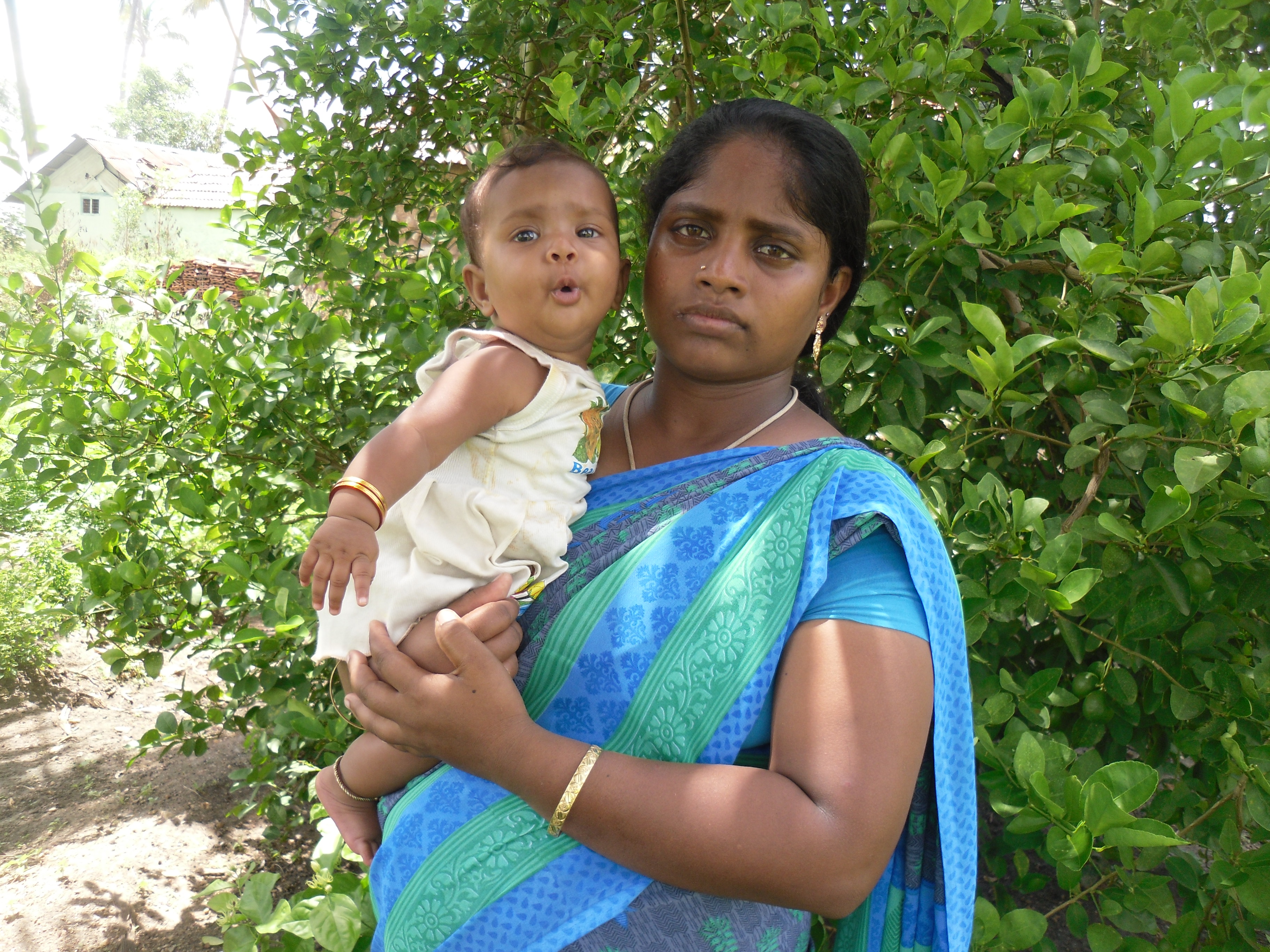 When Nagamani became pregnant for a second time, Perumal and his family asked her to get an illegal sex-determination ultrasound and to abort if it was a girl child. They wanted her to give them a son. Feeling overwhelming helpless from the pressures of her husband and in-laws, Nagamani fled to her parent’s home in hopes to provide safety for her unborn daughter.

IGP’s partner also counseled Perumal and his parents, consistently reaching out to them and telling them that little girls are valuable and precious. Eventually, Perumal reunited with his wife agreed to care for her and his daughters, in spite of his parents’ lack of support.

Nagamani and Perumal’s daughters are now in our Child Sponsorship and Baby Feeding programs and reaping all the benefits such as education and medical care. And, Nagamani’s in-laws have started to understand that their granddaughters are no less than boys.

Soon afterward, Nagamani became pregnant and gave birth to a beautiful baby girl. Instead of celebration for the new life, Nagamani was met with unhappy in-laws, who berated her by saying, “You have not given us a dowry. Now who will marry this little girl when she is of age? She comes from mixed castes.”

IGP will work with this family over the years, ensuring the girls are educated, and working to make certain that these girls understand that they are valuable and loved.

Have you seen what CRUSHXO is doing for Invisible Girl Project? We are so thankful that we have a partner who cares about raising awareness around the globe and working with us to #CRUSHGendercide. Thank you, CRUSHXO! Visit CrushXO.com today!

Please join us in Kansas City as we celebrate the work of Invisible Girl Project and move the cause forward.

Thank you for Seeing the Invisible Girl!

We are in need of urgent help! Our new partner has rescued 95 new girls. They could use the basics like a mattress to sleep on, and soap and a toothbrush. Please see the details here:
PROVIDE ESSENTIALS FOR VULNERABLE GIRLS

Our latest rescue story! We are so grateful that our partner was able to rescue this young girl from a child marriage.
——————————————————————-
“You are the most beautiful,” Anusha’s* potential future Mother-in-law said to her, as she stood in between her two cousins. One of three girls was to be chosen to marry the son of a family from a nearby village. As Anusha stood there, her palms began to sweat and her lips quivered. She could feel fear well up inside her. She was only fourteen-years-old. She turned her head side-to-side looking at her cousins thinking, “They must feel the same way…they are only a couple years older than me.” The other two girls just looked down at the ground.

Ultimately, the woman looked at Anusha and said, “I choose you.” Anusha’s stomach dropped. She did not want to get married now! But, she knew she had no choice and that her aunt and uncle would force her to marry this man who was more than twice her age.

Both of Anusha’s parents had died, leaving her to live with her aunt and uncle. They were kind enough to take her in, but they were poor and had two daughters of their own to care for. The thought of paying dowry for all three of them was daunting. So when an older man and his family approached Anusha’s aunt and uncle in search of a young bride, they were relieved. This man was at least in his late twenties and in desperation for a bride, so his family offered to pay for Anusha. And although she was under the age to lawfully wed in India, her family desperately needed the money and they planned to take it at Anusha’s expense.

While arrangements of her marriage were well underway, Anusha’s grandmother, Shilpa learned that Anusha was to be married. Shilpa knew of Invisible Girl Project’s partner’s work to rescue vulnerable girls, and immediately notified us of the plan. She was irate that her little granddaughter was going to be forced into marriage at such a young age.

Right away, our partner’s social workers met with Anusha’s aunt and uncle to intervene and stop this forced marriage. IGP’s social workers taught them about the many terrible consequences of child marriage for a young girl: her body and mind were not ready for marriage or childbearing; she would be higher risk for being abused in marriage; she would no longer be allowed to pursue her education; and, what they were doing was an illegal form of human trafficking. Because of our partner’s persistence, the aunt and uncle agreed to stop the marriage and not force any of the girls into marriage. Anusha has since gone to live with her grandmother. But, IGP’s partner will continue to follow up with Anusha’s family and ensure that all three girls are being educated and protected.

*Names changed to protect identity (girls pictured above are around the same age as Anusha. Anusha is not in this photograph)

GIVE to help us hire more social workers to expand our reach to thousands of more vulnerable girls!

As an international organization, we want to safeguard each one of our supporter’s personal information and data, wherever in the world you may be located. In accordance with the European Union’s General Data Protection Regulation (GDPR), we are updating our Donor Policy and Privacy Policy, effective on the 25th of May 2018.
The details of our policies are as follows:
The policies describe how your data is used to better serve you and support your relationship with IGP.
Our donor policy details all personally identifiable information collected both online and offline.
Our privacy policy explains how we ensure data accuracy and quality, and it describes how we share that data within our IGP.
These policies are detailed in full on the website, on the FAQs page.
The confidentiality of your information is vitally important to us. We are committed to transparency in how we request, store, and also use that data. If you have any questions about our policies, please feel free to email: info@invisiblegirlproject.org.
Thank you,
The IGP Team
#savegirls #endgendercide #India #savebabygirls #empowerwomen

The article can be found here.